The Edogawa NICHE Prize for the year 2020 has been awarded to Dr. John Craig Venter for his contribution to research and development pertaining to the Human genome. This honor reflects Dr. Venter`s lifetime accomplishments in the power of the genomics and specifically in the identification of the human genome which has radically transformed healthcare.

Dr. Venter was born in Salt Lake City Utah on October 14, 1946. He started his college education at the College of San Mateo, CA and later studied Biochemistry in University of California, San Diego under biochemist Nathan O. Kaplan. After obtaining a PhD in Physiology and Pharmacology from UCSD, he became a Professor at the State University of New York and joined the National Institute of Health in 1984. He has founded Celera Genomics, The Institute of Genomic Research (TIGR), J. Craig Venter Institute (JCVI) and co-founded Human Longevity Inc and Synthetic Genomics.

His path breaking sequencing of the first human genome with the Human Genome Project further progressed to transfecting a cell with a synthetic chromosome, a feat that has opened up opportunities to develop novel solutions not only in healthcare, but also in environmental issues and energy domain. The 2019 Edogawa NICHE Prize has been awarded to Dr. Steven A. Rosenberg, for his pioneering work in developing effective adoptive immunotherapies and genetically modified T cells which has heralded the birth of a new chapter in the fight against cancer. Dr. Rosenberg’s accomplishment has significantly contributed to the development of several immune system-based drugs and clinically effective immunotherapies including the CAR-T cell therapy.

Dr. Rosenberg is an epitome of significance of inter-disciplinary interaction in developing clinical solutions, as following completion of his Medical degree at Johns Hopkins University he obtained doctoral degree in Biophysics. He now leads a strong interdisciplinary team devoted to find novel solutions in the field of cancer as the Chief, Surgery Branch at the National Cancer Institute (NCI), Bethesda Maryland, USA and Professor of Surgery at the Uniformed Services University of Health Sciences and the George Washington University School of Medicine and Health Science.

Instead of two or more specialists interacting to make the inter-disciplinary interaction meaningful, here we found one passionate scholar walking through the portals of different domains of science by himself, culminating in a new path to solve an age-old problem is considered worth that this award be bestowed on him, a visionary who had seen the future much earlier. 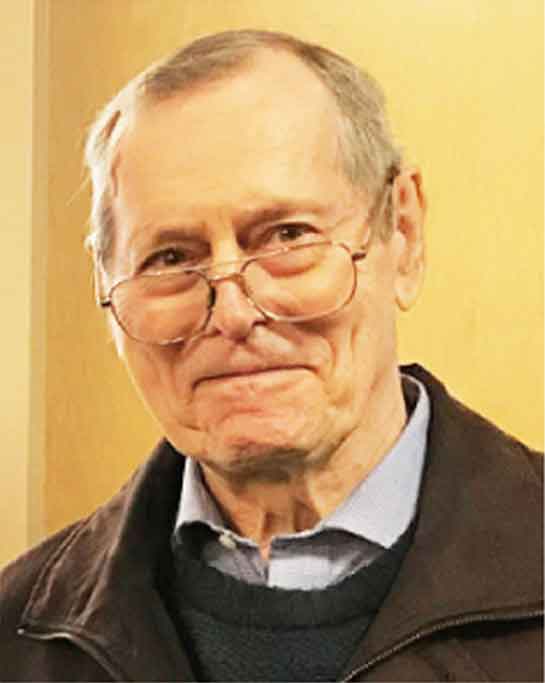 As the subject of the association being around regenerative medicine and that the fundamental origin of this new specialty per se is after the discovery of stem cells, the Jinseisha- NCRM Edogawa Niche Prize committee has unanimously decided to honour Prof. James Edgar Till for his discovery of stem cells jointly with Prof. Ernest McCulloch with the Edogawa NICHE prize in the first year of its establishment in 2018.

Dr Till was born in Lloydminster Saskatchewan and received a bachelor of Arts in 1952 and Master of Science in 1954 in physics at the University of Saskatchewan having received scholarships from the National Research Council and Standard Oil Company. Dr Till then went on to receive a PhD at Yale University in biophysics in 1957. He was then recruited to the Ontario Cancer Institute at Princess Margaret Hospital as a post-doctoral fellow at the University of Toronto.

It was there he met Dr Ernest McCulloch and together they conducted their ground breaking work involving injection of bone marrow cells into irradiated mice. They made the sentinel observation of finding clones of cells within the spleen, although at that time they called them lumps. This first work was published in the journal Radiation Research in 1961. They showed that these marrow cells were capable of self renewal and this work established the concept of multilineage stem cells which was published in Nature and Journal of Cellular and Comparative Physiology in 1963.

His work has had huge application in the field of bone marrow transplantation, the treatment of cancer and tolerance induction.

Dr Till has received many honors for his groundbreaking discoveries including election as an officer of the Order of Canada in 1994, the Order of Ontario in 2006, appointment as a Fellow to the Royal Society of London, induction to the Canadian Medical Hall of Fame in 2004 and was awarded with his friend and collaborator Dr McCulloch the Albert Lasker Award for Basic Medical Research.

Perhaps the greatest testimony to Dr Till has been the training of other great scientists including Dr Norman Iscove, Dr Robert Phillips and Dr Ron Worton and also that Toronto continues to be a great world stem cell center.

* based on an introduction by Prof. Gary Levy at the award ceremony in 2018