NCRM is an Indo-Japan JV institute working on basic research & translation in Regenerative medicine, a rapidly evolving field with essential contribution from various domains of science apart from biology and medicine such as biomaterials, physics, chemistry, synthetic biology etc., NCRM NICHE is an inaugural commemorative academic event being conducted every year in October, since 2006, which brings together young stakeholders through the Fujio Cup Quiz -An active knowledge gaining event, a robust & novel platform for propagation of science & networking among young scholars from all over the world (initially was limited to India) paving way for path breaking solutions through such inter-disciplinary interactions.

Edogawa Hospital was started 85 years ago as a social welfare trust to take care of patients with debilitating illnesses and since then their contribution to such care with devotion has been recognized with several accolades. The parent organization Jinsei-sha social welfare trust, under the leadership of Dr Masahiro Katoh, as its chairman, has Multi specialty hospitals, Satellite clinics and Old age homes with staff strength of around 2000.

In 2015, when the Indo-Japan collaborative work of NCRM, started gaining attention with potentials for a clinical translation in Japan, the then president of Edogawa Hospital, (Late) Dr. Takahiro Katoh initiated discussions towards a mutually beneficial association. A formal collaboration was inked by Dr. Shojiro Katoh, the president, and hosting the NCRM NICHE in Japan became a reality. In the XII NCRM NICHE held in Tokyo in 2017, Dr. Masahiro Katoh announced about Edogawa NICHE prize in the presence of Prof. Gary Levy (Univ. of Toronto) and Prof. Jurgen Hescheler (Univ. of Cologne & GSZ)

Jinseisha and NCRM have constituted the Edogawa NICHE Prize Steering Committee to manage the nominations and select the Awardee every year.

The prize has a Medal, a Plaque and a cash reward of One Million Japanese yen to the awardee. If the award is shared by more than one individual, each individual will be awarded a medal and the plaque while the Cash reward will be equally shared among them. 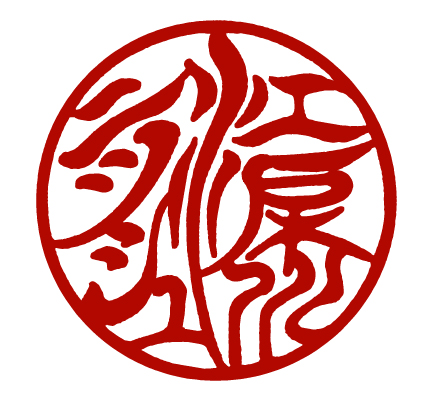 If you are interested to know more about the Edogawa NICHE Prize and would like to participate in this mission to nominate an individual for the Edogawa NICHE Prizes of the coming years, kindly fill the form (edogawanicheprize.org/contact) and we will send you an email intimation when the nominations open each year

In the name “Edogawa NICHE”, “Edogawa” comes from the Edogawa Hospital’s name and “NICHE” taken from “NCRM NICHE” - Name of the inaugural anniversary commemorative academic event of Nichi-in Centre for Regenerative Medicine (www.ncrmniche.org), conducted every year in October. NICHE stands for “Nichi-In Conclave in Healthcare Every year” and signifies the “NICHE” gathering of people whose major area of interest is Stem Cells, for whom, the right “NICHE” is essential for survival and proliferation.

The Edogawa NICHE hall of fame

The hall of fame to honour all the recipients since 2018 of the Edogawa NICHE Prize was inaugurated on the 13th of October, 2019 in the 3F, BNCT Complex of Edogawa Hospitals, Tokyo, Japan. Prof. Gary Levy (Chair, Edogawa NICHE Prize Committee) declared it open by teleconferencing. Click here to view